To whom it may concern,

Our mission at Oxford Exchange is to create a better community.  We do this through conversation along with great food, great design, and great books.  The Altman Development by its proximity to the Oxford Exchange has become a part of the conversation.  A conversation revolving around balance.  Balancing urban redevelopment with historic preservation, balancing residential needs and commercial activity, balancing cars, bikes, and walkers, and balancing economic and environmental sustainability.  This discussion is as much about science as it is about art.  It's about human needs and human wants, both are important, and one does not preclude the other.

The Altman Group and the Parido Family have come back with a much improved mixed use development for Grand Central Avenue.  They have clearly heard the concerns of the neighborhood stakeholders and city leaders.  More importantly, they have designed a project that balances the many functions of a healthy, vibrant urban neighborhood.  Their project will go a long way in making Tampa an even better city.  Joel Altman said he fell in love with the neighborhood the first time he saw it.   We are glad he did and we are glad he didn't give up on it.  Tampa just got better.  Thanks Joel.

WE NEED YOUR SUPPORT

The Altman Development Corporation of Boca Raton seeks to change the zoning of the site from Commercial General to Planned Development, which would allow them to build 270 apartment units. While they have added a token 5,000 square feet of retail, the project’s overwhelming use will be apartments anchored around a parking garage. This is the most telling aspect of the project: a massive garage.

We talk about Tampa becoming the Next Great American City and then we build wrap-around parking garages in one of its most historic commercial districts. Yes, Altman will make the case that they care about the neighborhood and they care about Tampa, yet they involved no community leaders or neighborhood stakeholders in the design of their plans. They are now making apologies and amendments, but their plan is flawed at its core. Its core is a parking garage — a parking garage that services the single use of this project: apartments.

Token retail spaces do not make a project mixed use, and they do not survive when the rest of the project is oriented towards driving. A better design would be in keeping with the current zoning. A better design would be truly street facing and not car-centric. Great pedestrian-oriented streetscapes are what great cities are building. Just look at what is happening in downtown St. Petersburg — streets that are alive with people and activity.

Tampa has come a long way with the opening of the River Walk, Curtis Hixon Park, the Water Works Park, and the upcoming Vinik Development. The Grand Central Avenue shopping district could add to this growing urban environment: a Grand Central Avenue that provides retail, on-street cafés, and entertainment. This is what the current zoning calls for and it’s what Tampa deserves in one of its most historic commercial neighborhoods: development that fosters community, supports local entrepreneurs, attracts national brands that respect the community’s unique character, and contributes to Tampa’s wellbeing.

Altman’s glorified parking garage does none of these. Tampa deserves better. 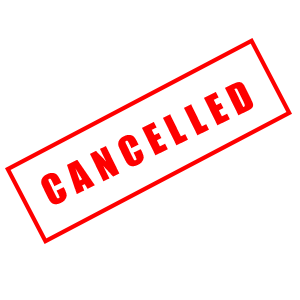 Having trouble emailing City Council from our site? Click here for a list of our City Counselor's emails.

Show your opposition to the re-zoning of Grand Central's business district. Bring a friend to the Sept. 8th Historic Preservation Commission meeting @ 9:00am as well as the Land Rezoning meeting Sept. 10th at 6:00pm don't forget to spread the word!

Your voice matters. Join the conversation.